Mercers’ Decade of Growth with SEM!

For an outstanding 10 years, Mercers has been aided by our passionate team at SEM Consultants. Within this decade, we have seen Mercers grow exponentially, and it has been such an honour to be with them on their journey to such great success. In our time together, we have assisted Mercers’ development, ensuring their stats show positive growth month on month. There’s a reason our motto is “together, we’ve got this.” We work with you, and together we go further. As a Spanish property estate agency, Mercers works in an exciting industry, but it is an ever competitive one, too. With our help, our trusted client has been able to keep ahead of their competition, so much so they now have a solid reputation in Spain.

Mercers has won the International European Property Award for Best Spanish Estate Agency in 2008, 2009, 2012, 2014 and 2015! On top of this, in 2008 and 2009 they won the CNBC award for the Best Spanish Estate Agency. Not only that, but in 2010 they won the OPP (Overseas Property Professional) Awards for Best Estate Agent (Spain). These are amazing achievements for Mercers, and we pride ourselves on having been a friendly helper in the background of these achievements. The multilingual team at Mercers has helped them to get business from all around the world, and we at SEM Consultants helped them develop websites for other countries/languages: German, Dutch, Spanish, French and English. Their expatriate villages are very popular, as they are quaint, practical and bathed in Spanish sunshine – no wonder they are so successful! 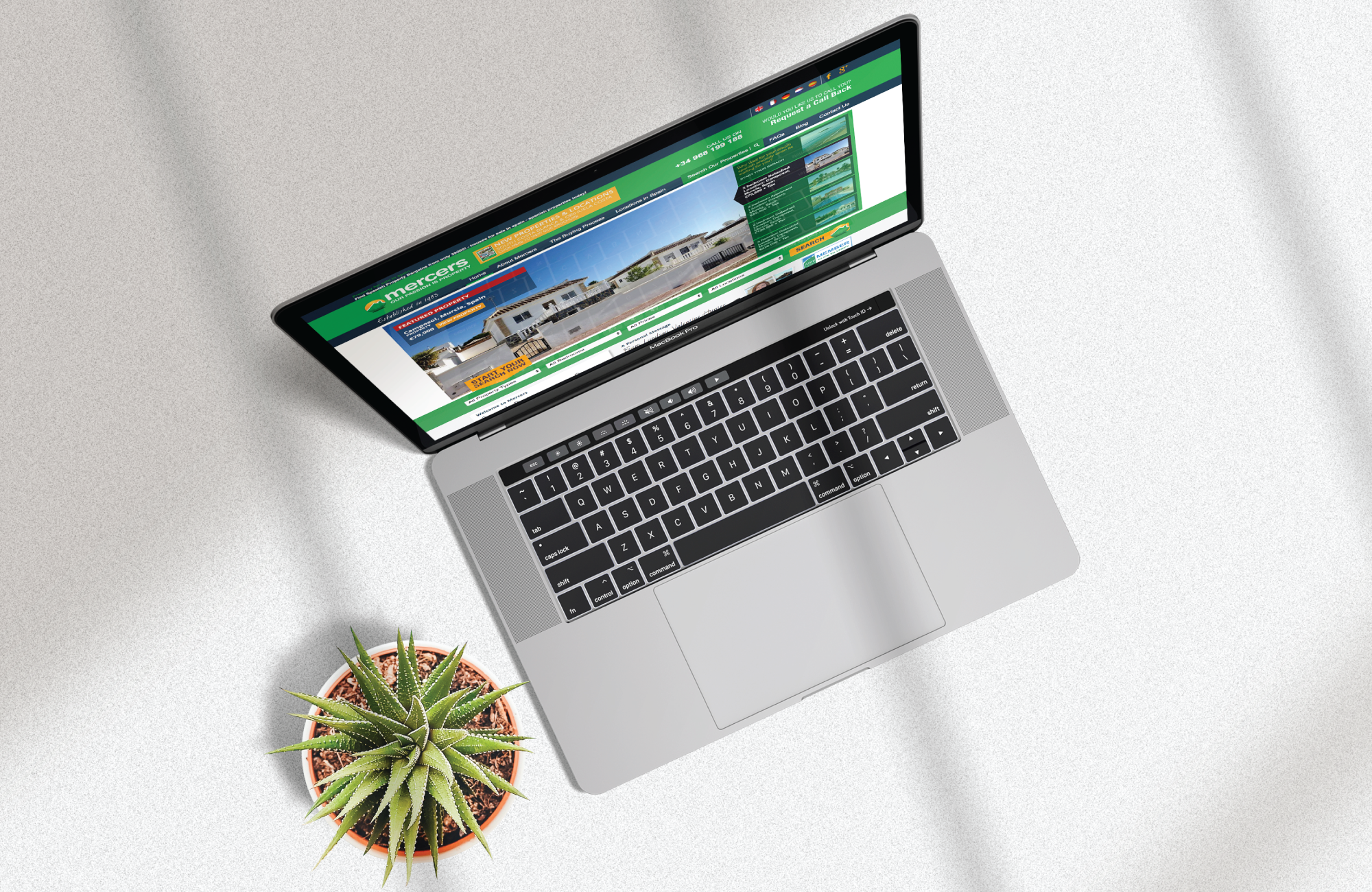 What did we do to help Mercers Spanish Property?

Our dedicated team have been managing Mercers’ PPC campaigns (Pay Per Click) for years, making the necessary alterations regularly to ensure that Mercers is always growing. We believe that “you can’t manage what you can’t measure,” and that’s why we are constantly using Google Analytics to see how our clients are doing, so that we can make sure we change what needs changing for you.   Their PPC account managers have handled Text Ads, Display Ads and the Google Remarketing of Mercers, ensuring that the figures, and therefore the sales, at Mercers kept increasing.   Over the last two years alone, Mercers has seen a rise in: New Website Users, completion of Property Request Forms, Facebook Visitors, Conversions and other Goal Completions. The increase in New Users is thought to be an organic result, however it was likely the PPC campaigns that influenced this.

What all this means is that Mercers’ stats are up, and the work we’re all doing together is working well to bring more business to them. They have many new site visitors compared to years previously, meaning they have a lot more people globally who are interested in purchasing their properties. The Goal Completions include things like how many people are filing out their Contact Forms, Property Request Forms, Request a Call Back Forms, Make an Offer, and Arrange Viewing Forms. These things are important for sales, because they show an interest in the business and are a stepping stone towards a sale.   Aside from PPC campaigns, we have worked on Mercers’ website and content as well. We have ensured that the site works effectively and that they have websites for other languages, too. Our SEO team has enriched the content, including Search Engine Optimisation techniques, meaning Google will pick up on the site and it will organically appear on the search results pages – thus encouraging the site to appear in front of the right customers. With PPC, SEO and more, we have been a friend to Mercers and they have been a friend to us.   We are excited to see where Mercers goes from here, developing even further to achieve more and more. Knowing that we have helped Mercers progress for so long feels ever so rewarding, and this is the kind of care and passion we put into all of our clients’ campaigns. The decade that Mercers has spent with us has been a privilege and has encouraged a lasting relationship. Their journey has been a great one, and we can’t wait to see what the next 10 years has in store.

We have worked with the team at SEM for the past +10 years and seen our web presence multiply and ultimately our sales increase. What I like about SEM is that they are a young, proactive team that really do produce great results but I think our best testimonial is that we have been with them now for over a decade!